People in rural pumping situations face the question of whether to “go solar” or use the wind. Both systems have advantages and disadvantages. Customers need to consider which system will give the best results at the most economical long term cost, and what is the anticipated lifespan of each system. What may be a short term advantage may well turn out to be a long term disadvantage.

Working on windmills necessarily involves working at heights, with consequent risks. AWCA Q contractors have managed to greatly minimise these risks. Most injuires have been attributed to inexperience. While solar systems avoid the risks of working at height, the electric voltages involved in solar systems, even though direct current from the solar array, the voltages involved can also cause serious injuries or death. 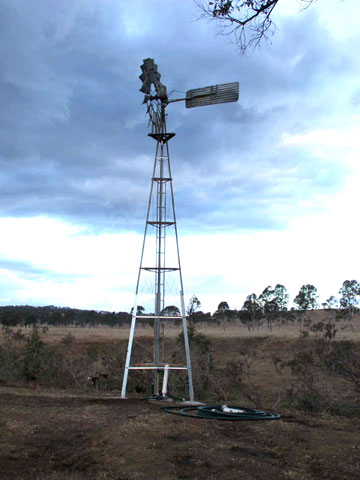